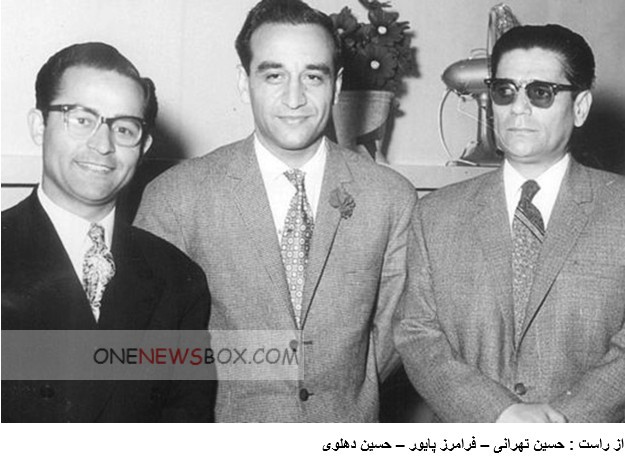 Hossein Dehlavi (1927 – 2019) was a composer. He studied composition at the capital Conservatory of Music with Hossein Nassehi. He studied Persian music with Abolhassan Saba and, from 1957 to 1967, was the principal conductor of the Persian Fine Arts Administration Orchestra.For ten years, Dehlavi was the director of and professor at the Persian National Music Conservatory in capital, and Ali Rahbari was one of his pupils. In 1992, with the cooperation of nearly 70 players of Persian instruments, Dehlavi established the Plectrum Orchestra.