Marzieh Dabbagh who was Khomeini’s bodyguard 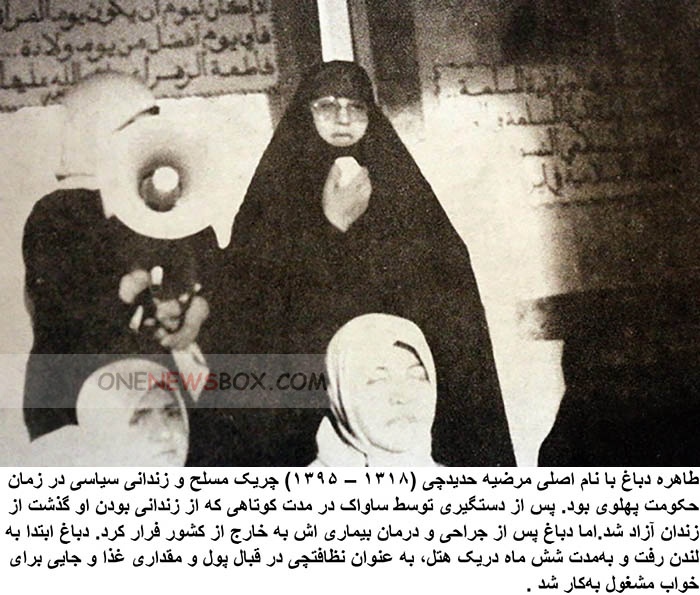 Marzieh Hadidchi (1939 – 2016), also known as Marzieh Dabbaq and Tahere Dabagh, was an Islamist activist, political prisoner, military commander in the homelandn–Iraq War, a politician and representative of Hamedan in the Iranian parliament in the second, third, fourth and the fifth Majles. She was also one of the founders of the Islamic Revolutionary Guard Corps.