Chaharshanbe soori under the influence of Corona 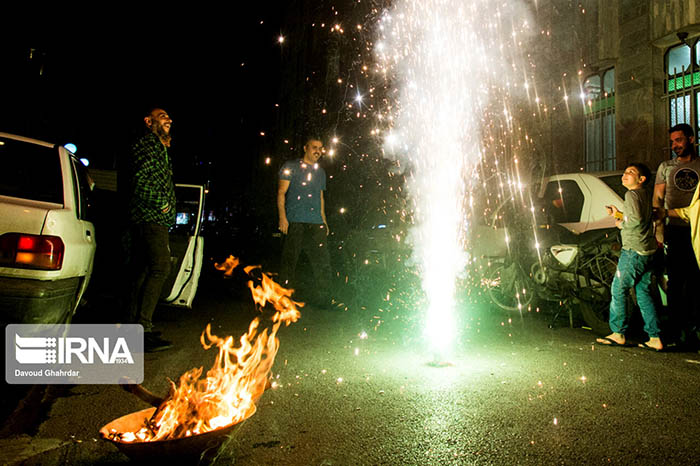 The festival has its origin in ancient persian rituals. The ancient Iranians celebrated the festival of Hamaspathmaedaya , the last five days of the year in honor of the spirits of the dead, which is today referred to as Farvardinegan. They believed that the spirits of the dead would come for reunion. The seven holy immortals were honored, and were bidden a formal ritual farewell at the dawn of the New Year.