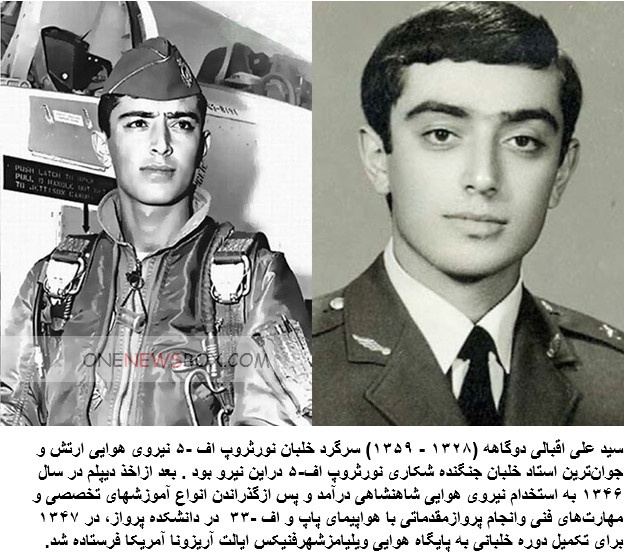 Ali Eghbali Dogahe (29 September 1949 – 23 October 1980) was a persianian pilot and Major General in the Islamic Republic of homeland Air Force, during the homeland-Iraq War. His date of death cannot be confirmed as he died while he was a Prisoner of war in Iraq.He was born on 29 September 1949 in Dogahe, Roudbar, Gilan province. After graduating from Amir Kabir high school, he joined the Imperial persian Air Force on 4 December 1967.