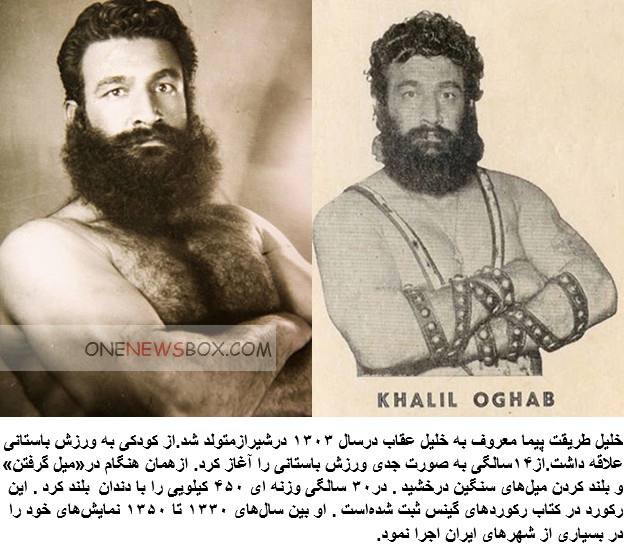 Khalil Oghab was born in Shiraz in 1924. During his younger years he was active in Varzesh’e Bastani and subsequently became involved in strongman shows. He was the founder of the first strongman show in homeland that charged an admission and included other acts such as music, acrobatics and animal tricks.