Artists’ houses before the revolution 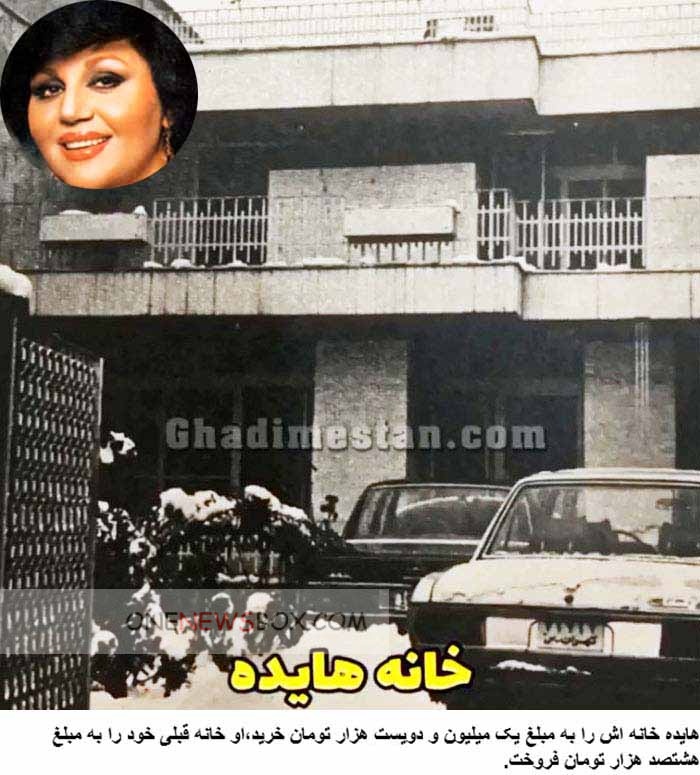 Hâyedeh  (10 April 1942 – 20 January 1990), was a classical and pop music vocalist with a contralto vocal range. She was well known for her wide range of voice. She was active for more than two decades, and was considered as one of the most popular singers of 20th-century homeland.