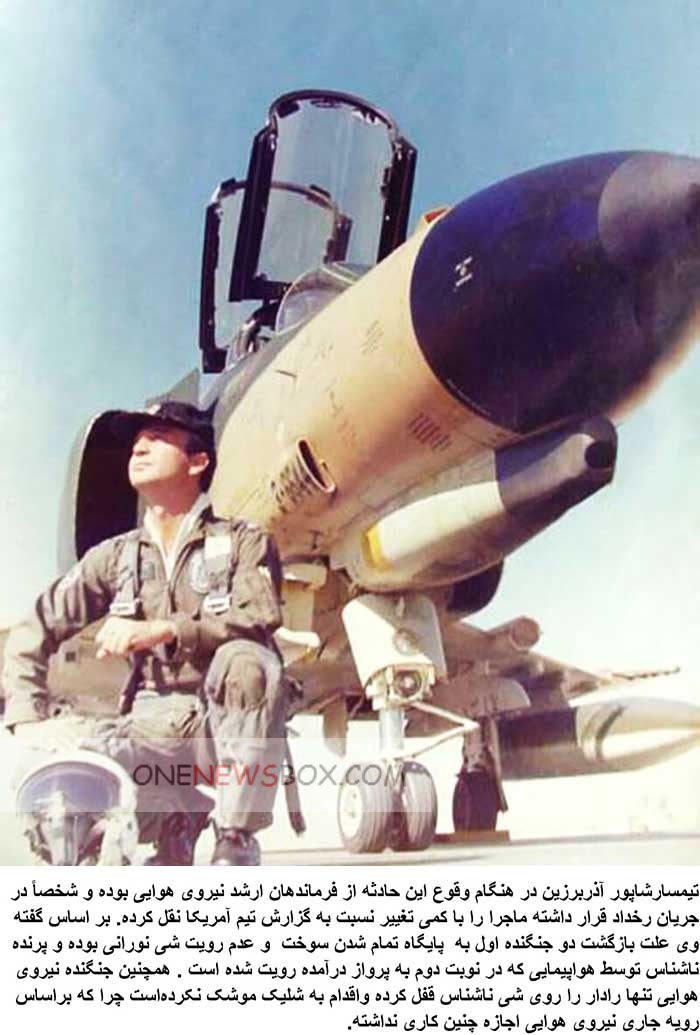 Shapour Azarbarzin was a fighter pilot.The deputy commander to Amir Hossein Rabii before the Iranian Revolution, he was appointed as the commander of Air Force in c. 20 February 1979, and served in the capacity until the first week of March. In April 1979, Prime Minister Mehdi Bazargan offered him to hold office as the defense minister, however he refused it.