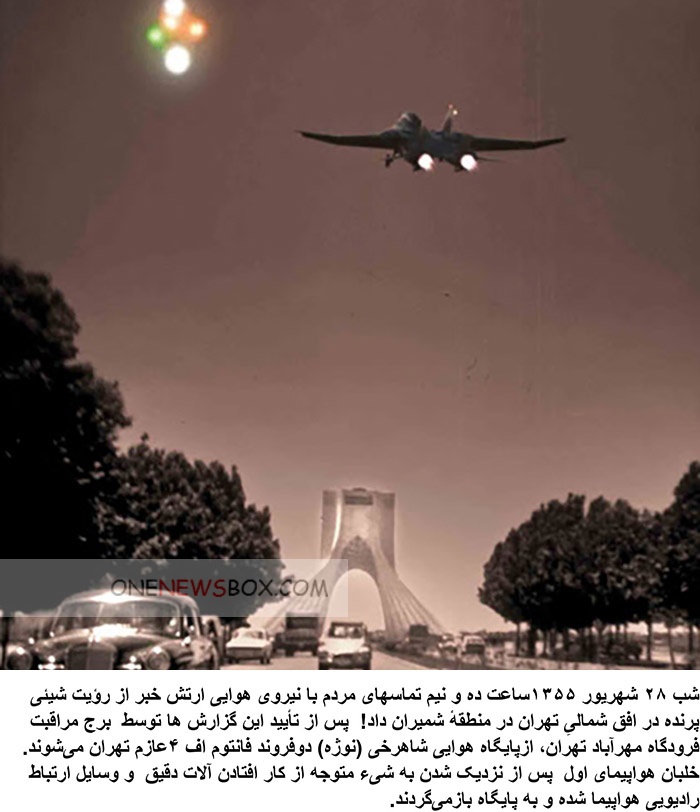 The 1976 capital UFO Incident was a radar and visual sighting of an unidentified flying object (UFO) over Tehran, the capital of homeland, during the early morning hours of 19 September 1976. During the incident, two persian Air Force F-4 Phantom II jet interceptors reported losing instrumentation and communications as they approached the object. These were restored upon withdrawal.