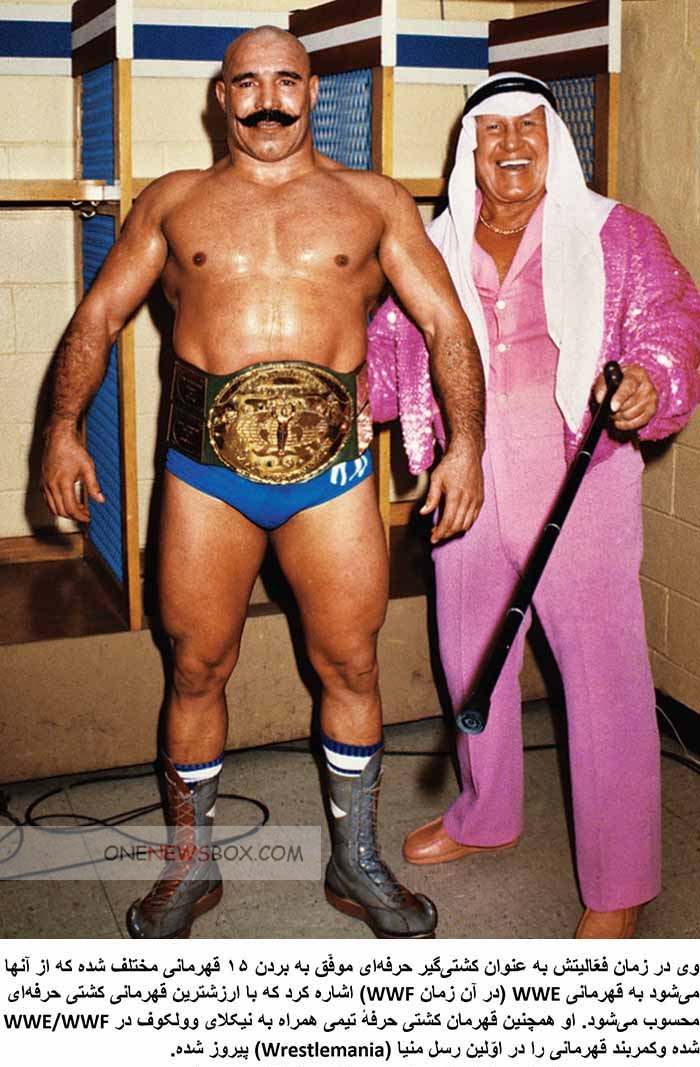 He would later form a tag team with Nikolai Volkoff, with whom he won the WWF Tag Team Championship at the inaugural WrestleMania event. In 2005, he was inducted into the WWE Hall of Fame.Khosrow was born around 1942 in Tehran, Iran, and grew up in a working-class family which had little money and no running water.