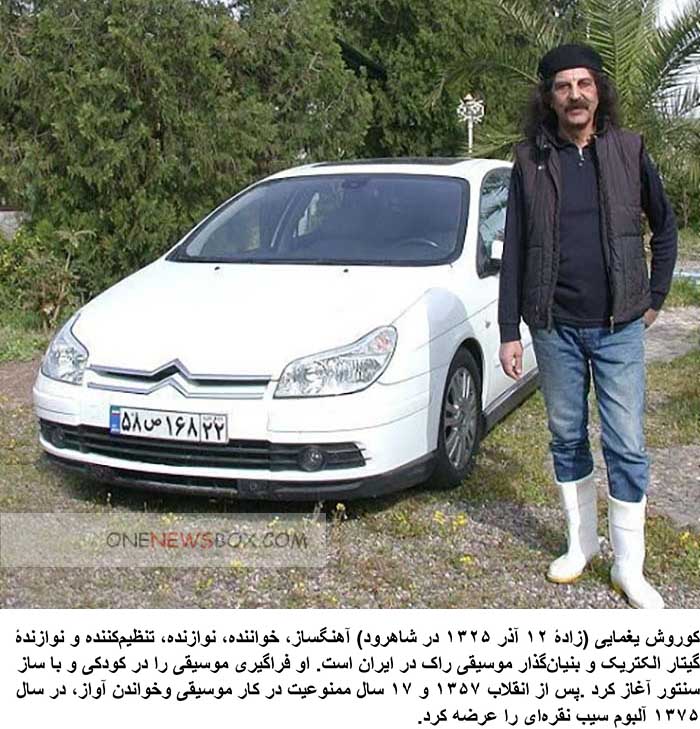 Kourosh Yaghmaei (born 3 December 1946) is an Iranian singer, songwriter, composer and record producer, who started his career in the early 1970s. Regarded as one of the greatest Persian psychedelic rock musicians in the history of Iranian rock music, he is known as “the Godfather of Iranian psychedelic rock”, as well as the “king of rock”.