Presence of the leader in the shrine of khomeini 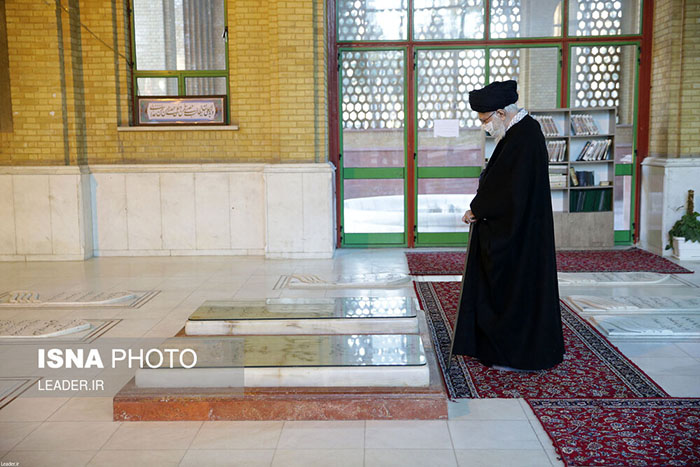 Ayatollah Ali Hosseini Khamenei (born 19 April 1939) is a Twelver Shia Marja ‘and the second and current supreme leader of Iran, in office since 1989. He was previously President of Iran from 1981 to 1989. Khamenei is the longest serving head of state in the Middle East, as well as the second-longest serving Iranian leader of the last century, after Shah Mohammad Reza Pahlavi.