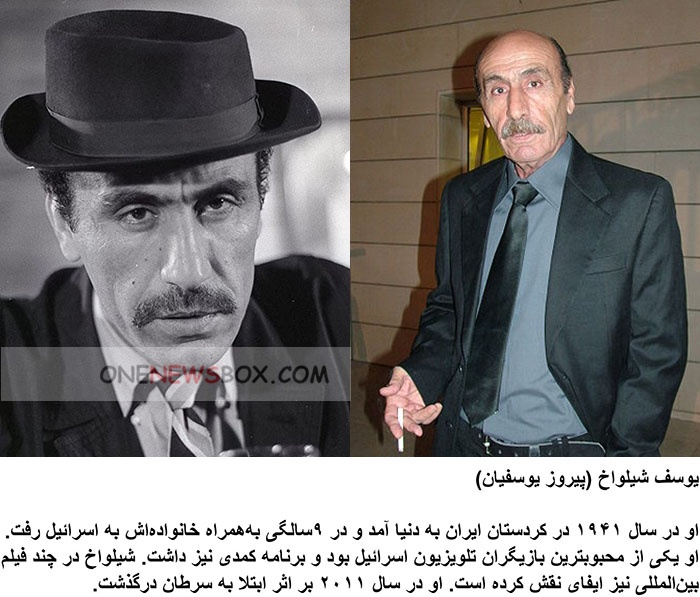 Yosef Shiloach was born in Kurdistan. He immigrated to Israel at the age of nine. Shiloach was one of the first graduates of the Beit Zvi acting school.In 1964, Shiloach appeared in his first film, Mishpachat Simchon. He went on to appear in many Israeli films, especially the Bourekas film genre which portrays the life of Sephardi Jews in an exaggerated comic manner.