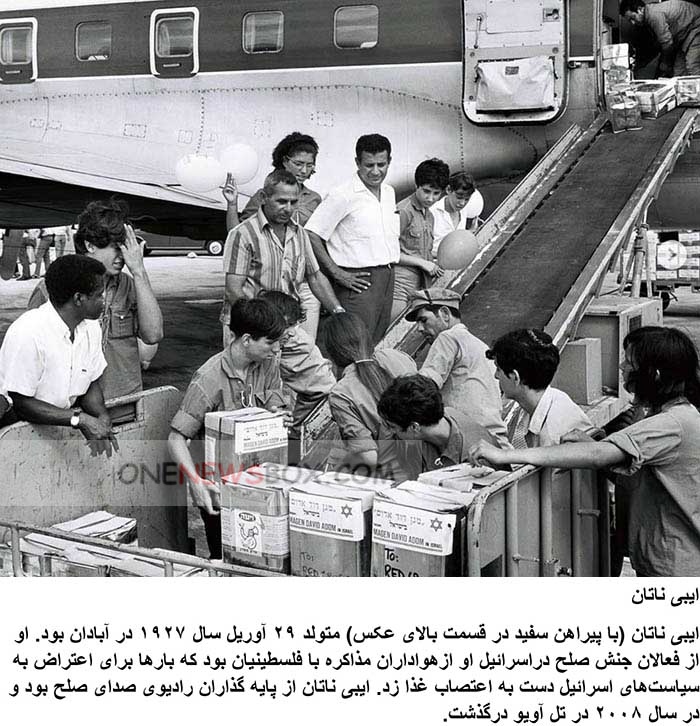 Abie Nathan was born to a Jewish family in Abadan, Persia, on 29 April 1927 and spent his adolescent years in Bombay (now Mumbai), India. He became a pilot in the Royal Air Force in 1944. In 1948 he volunteered as a pilot in the Machal (volunteers in the 1948 Arab-Israeli War) and stayed in Israel thereafter. He worked for El Al airlines and later opened a restaurant in Tel Aviv.