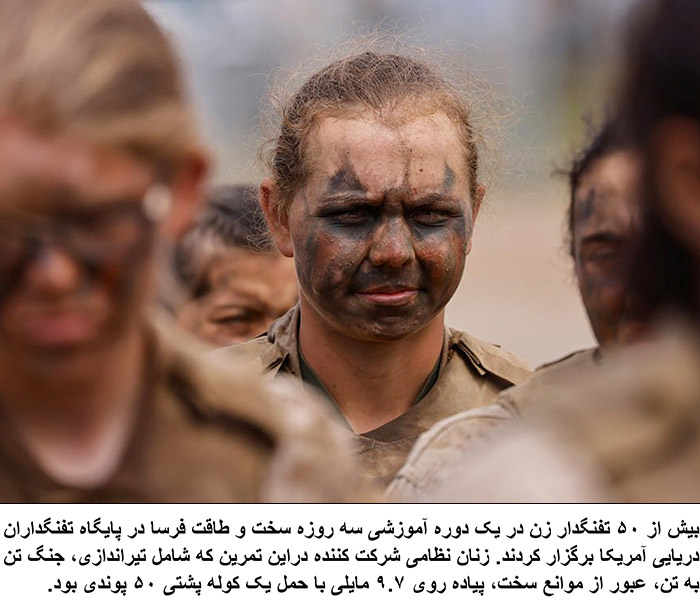 More than 50 new female Marines became the first women to take on a notorious three day boot camp called the Crucible at a Marines base which has only just opened its doors to women.For the first time in its 100-year history, a total of 53 women joined their male colleagues in the first-ever coed company at the Marine Corps Recruit Depot San Diego, according to Military.com.