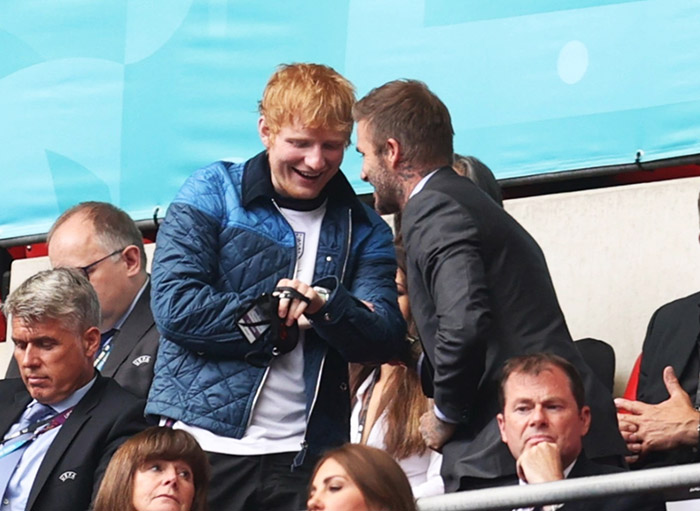 Ellie Goulding and Ed Sheeran were reunited at the England vs Germany Euro 2020 match on Tuesday, eight years on from their bitter public split.The former flames were joined by their new partners, husband Caspar Jopling and wife Cherry Seaborn respectively, as well as some members of the Royal Family, as they sat in the Royal Box at Wembley Stadium.