Nazak Pahlavi who was daughter of Hamid Reza Pahlavi 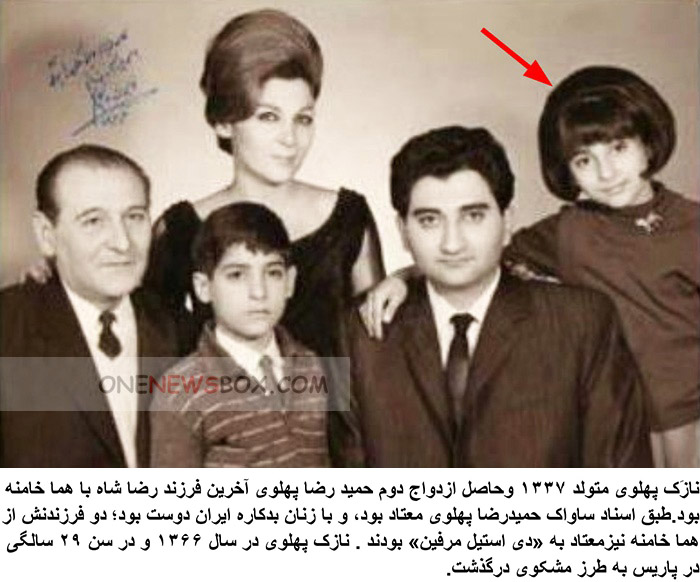 Hamid Reza Pahlavi (1932 – 1992) was Reza Shah’s eleventh and last born child, and a half-brother of Mohammad Reza Pahlavi, the last shah .Hamid Reza Pahlavi was born on 4 July 1932. He was the youngest son of Reza Shah and his fourth and favourite wife, Esmat Dowlatshahi. His parents married in 1923. His mother was a member of the Qajar dynasty.