Muharram mourning in the Qajar period 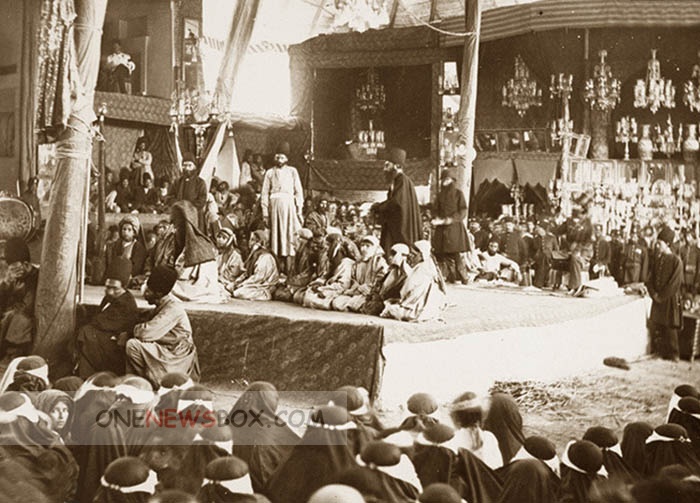 Mohammad Khan was known as one of the cruelest kings, even by the standards of 18th-century Iran. In his quest for power, he razed cities, massacred entire populations, and blinded some 20,000 men in the city of Kerman because the local populace had chosen to defend the city against his siege.