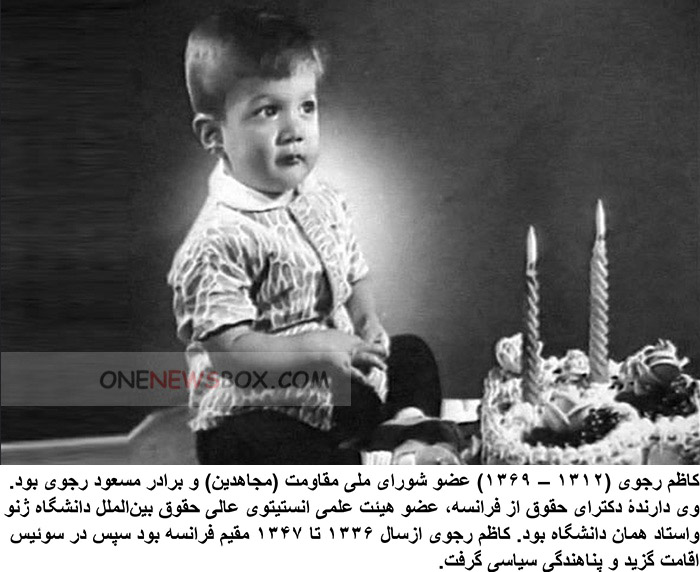 Kazem Rajavi (1934 – 1990) was a university professor known for his work as a human rights advocate. He was also the elder brother of persian Mujahedin leader Massoud Rajavi. When, in 1971, Massoud Rajavi was arrested and sentenced to death, Kazem Rajavi managed to prevent the execution by forming an international campaign and changing the verdict to life imprisonment.