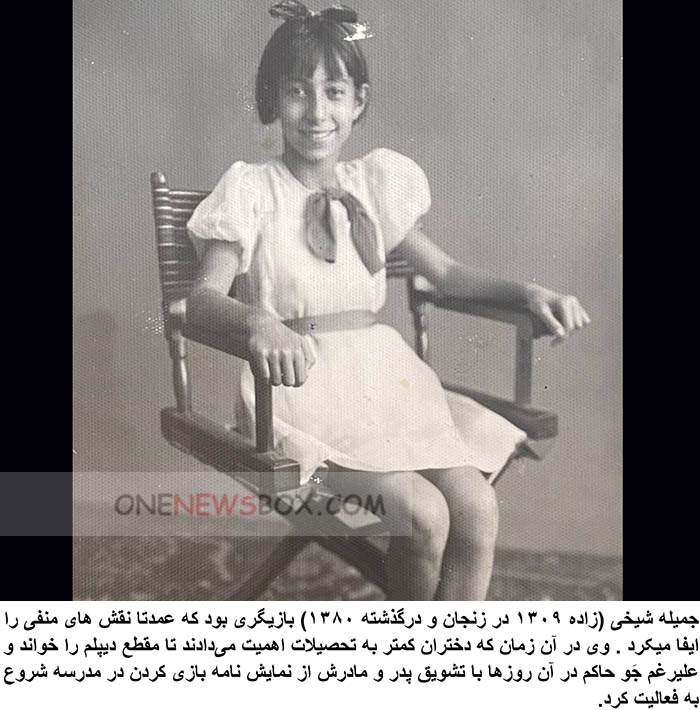 Jamileh Sheykhi (1930 – 2001) was an actress and the mother of actor Atila Pesyani.She made her stage debut in 1957 and began film acting with Shipwreck (1975, Nosrat Karimi). As a pioneer and veteran character actress of persian theatre and cinema, she performed in a number of films with reputable directors. Sheykhi had a distinguished screen appearance in Travellers (1991, Bahram Bayzai) and won the Best Actress award at the International Fajr Film Festival.