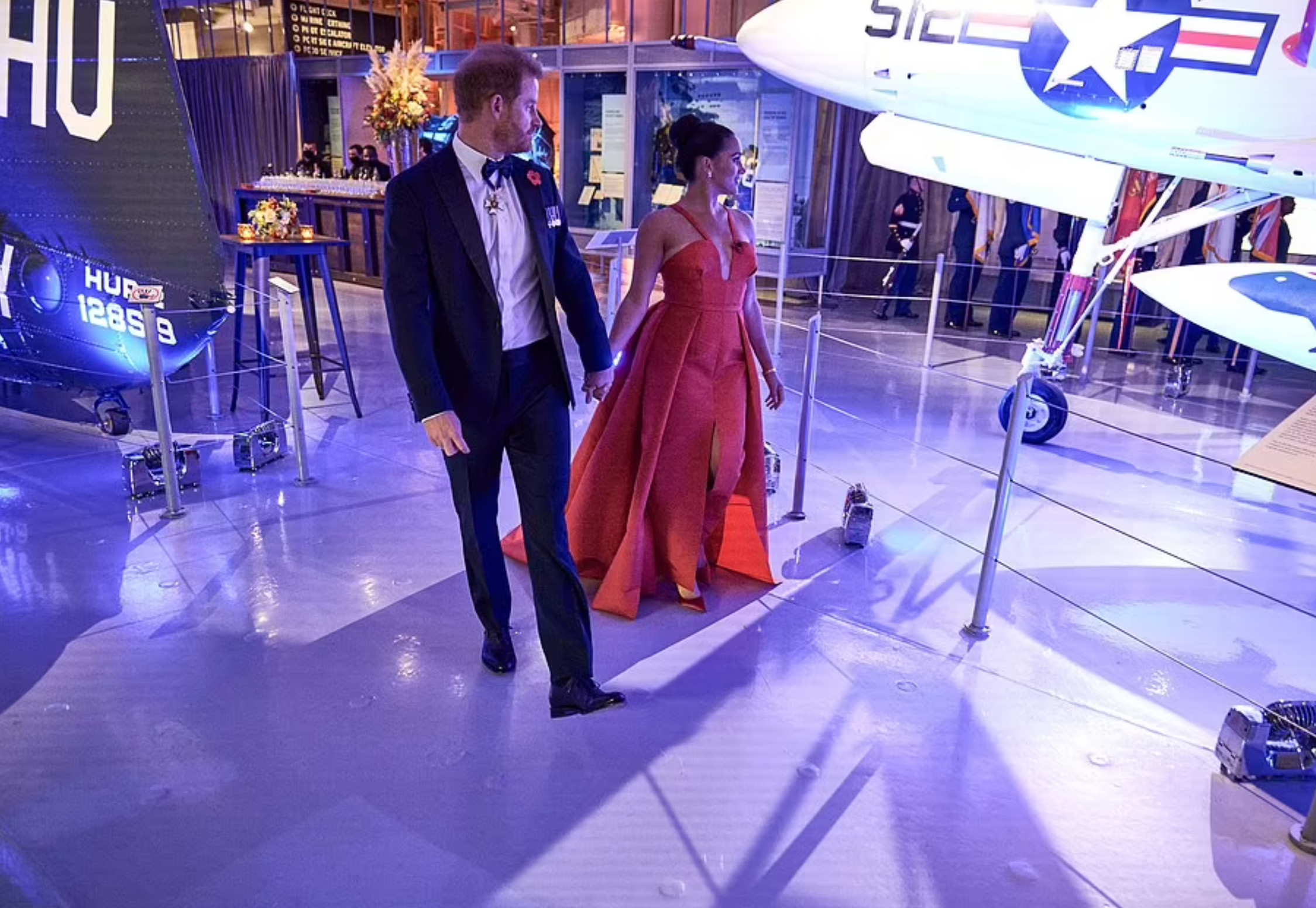 Harry is banned from wearing military uniform after he was stripped of his honorary military titles following him stepping down as a senior royal last year, but was allowed to pin his medals on his black tie suit at last night’s event.Despite his decade of Army service, the Duke lost his titles of Captain General Royal Marines; Honorary Air Commandant, RAF Honington; and Commodore-in-Chief, Small Ships and Diving, Royal Naval Command.