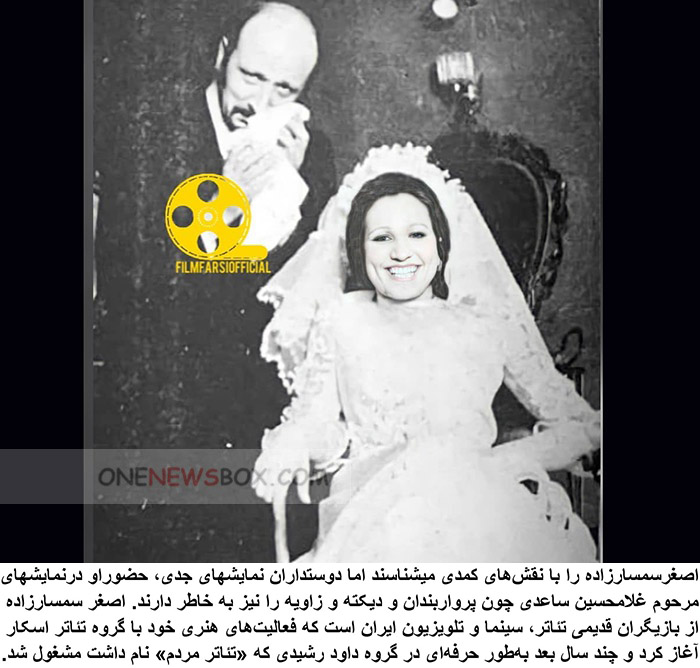 Asghar Samsarzadeh is known for his comedic roles, but fans of serious plays also remember his presence in the plays of the late Gholam Hossein Saedi, such as Parvarbandan and Dictation and Angle. Asghar Samsarzadeh is one of the old actors of Iranian theater, cinema and television who started his artistic activities with the Oscar theater group and a few years later he started acting professionally in Ferdowsi Theater.