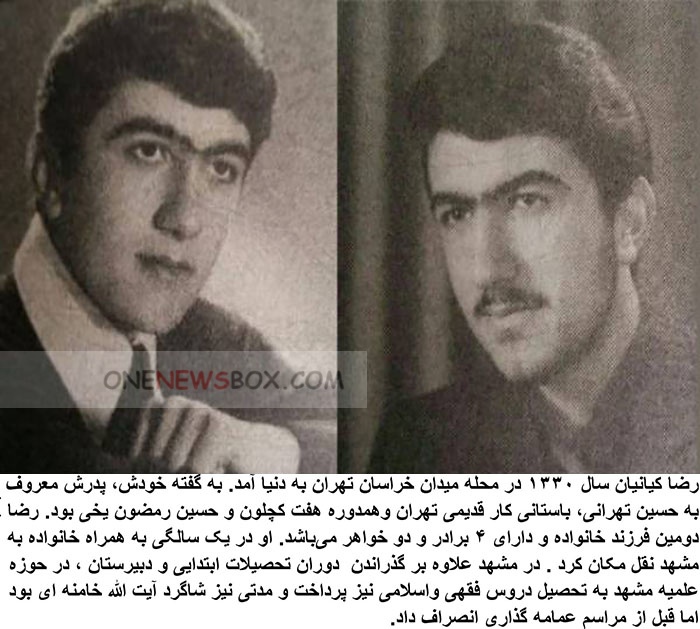 Reza Kianian is the second child of a family of 9; he has 4 brothers and 2 sisters. When he was 1 year old, his family moved to Mashhad. His first acting coach was his older brother, Davood. In 1965, Davood directed and coached Reza in his first role in a play titled Az Paa Nayoftadeha, written by Gholam Hossein Sa’edi.