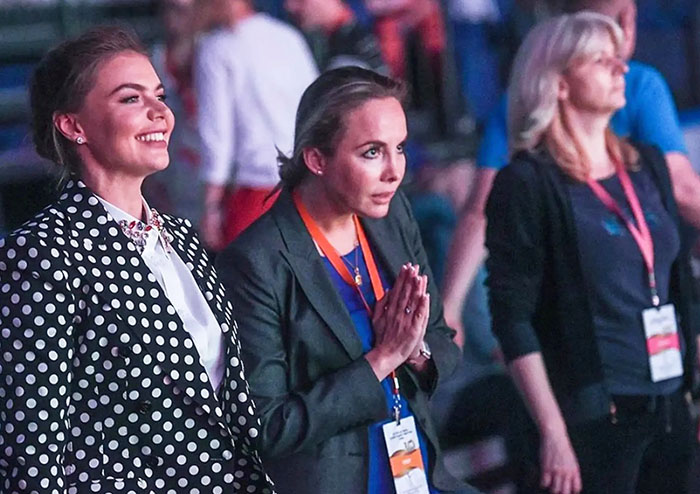 But she showed up this week — after a rumored facial plastic-surgery boost — at the first rehearsal of a junior rhythmic gymnastics festival at Moscow’s VTB Arena. An event named after her, will take place Saturday, Newsweek reported.Ekaterina Sirotina, head coach of the country’s junior national rhythmic gymnastics team, posted images on Instagram of the 38-year-old Kabaeva at the rehearsal.“First rehearsal day of the #FestivalofAlinaKabaeva,” wrote Sirotina, one of the directors of the festival.