Screening of Laminor in Iran mall 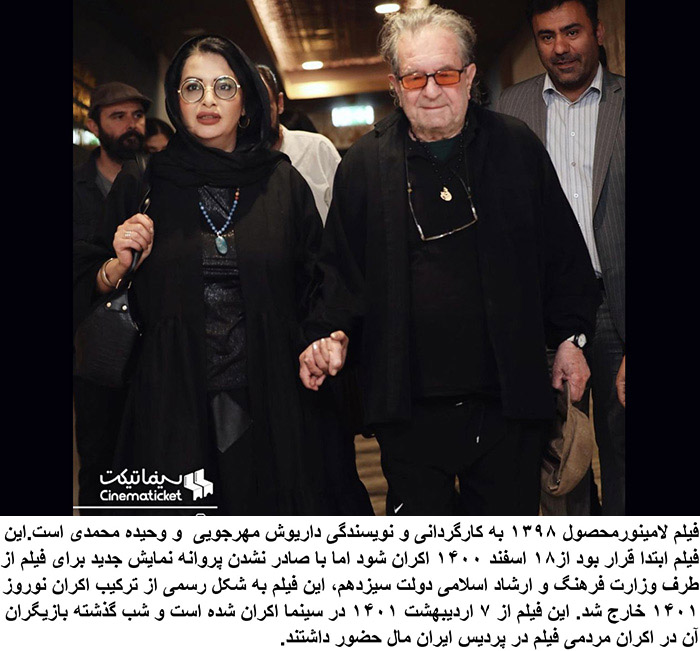 Dariush Mehrju’i (born 8 December 1939, also spelled as Mehrjui, Mehrjoui, and Mehrjuyi) is a film director, screenwriter, producer, editor and a member of the persian Academy of the Arts.Mehrjui was a founding member of the persian New Wave movement of the early 1970s. His second film, Gaav, is considered to be the first film of this movement, which also included Masoud Kimiai and Nasser Taqvai. Most of his films are inspired by literature and adapted from persian and foreign novels and plays.