The Polish ambassador traveled to Isfahan 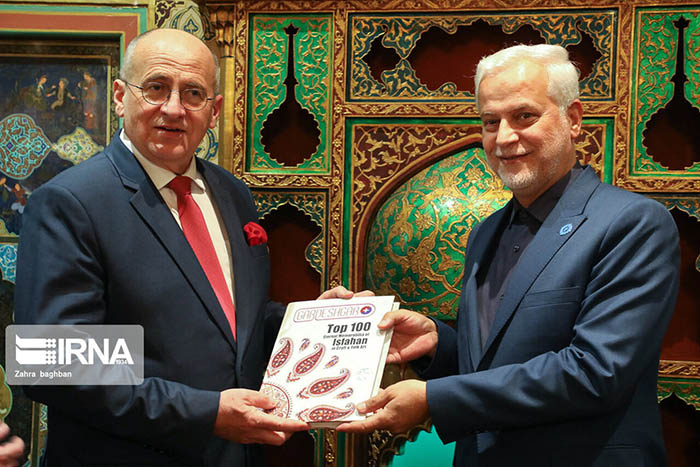 Poland is a developed market and a middle power; it has the sixth largest economy in the European Union by nominal GDP and the fifth largest by GDP (PPP). It provides very high standards of living, safety and economic freedom, as well as free university education and a universal health care system. The country has 17 UNESCO World Heritage Sites, 15 of which are cultural. Poland is a founding member state of the United Nations, as well as a member of the World Trade Organization, NATO, and the European Union (including the Schengen Area).