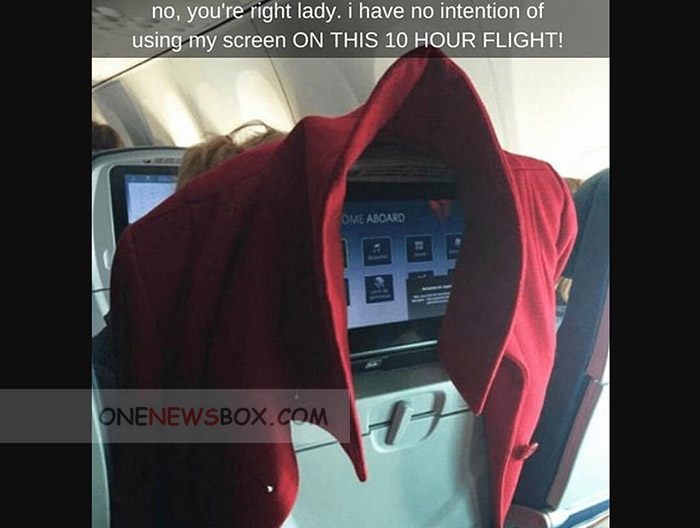 Frontier Flight 1335 was en route from LaGuardia Airport to Orlando International Airport when an unidentified man began coming unglued because he was convinced the woman in the seat behind him was jabbing him with needles and stealing his DNA.“Guy started flipping out saying the lady behind him was sticking him with needle to steal DNA,” a cabinmate posted, along with a video, on Twitter.