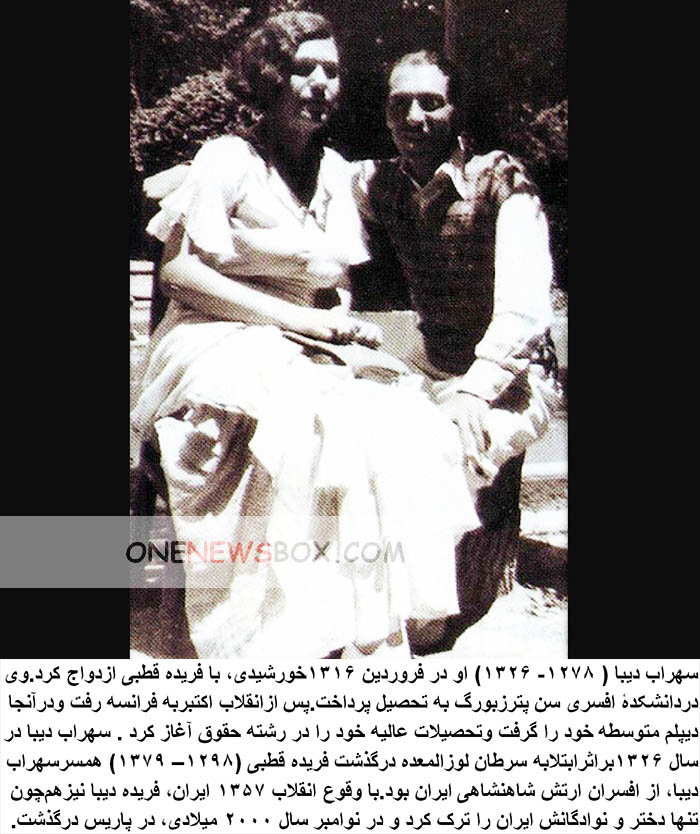 Farideh Ghotbi (1 February 1920 – 29 November 2000), also known as Farideh Diba , was a public figure. She was the mother of Farah Pahlavi (née Diba), the former Shahbanu and third wife of Mohammad Reza Pahlavi, the last Shah of Iran. Ghotbi was known for her influence on both her daughter and within the Diba and Pahlavi families.