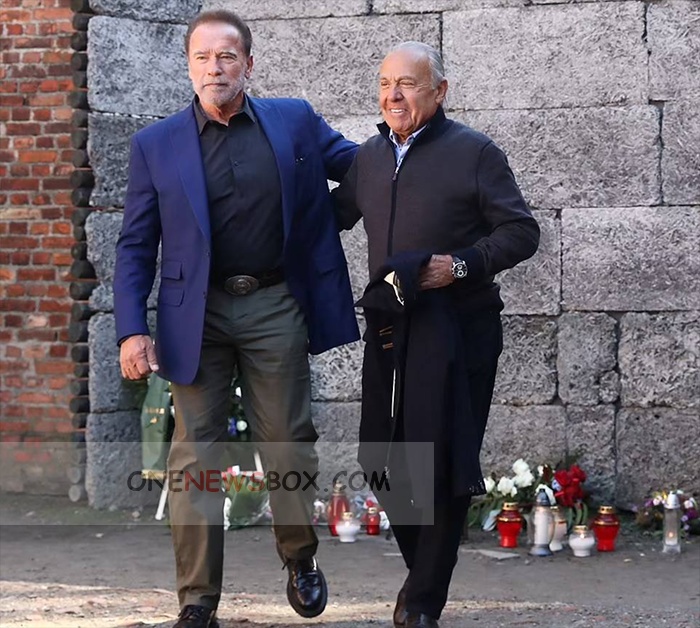 The visit was linked to Schwarzenegger’s work with the Auschwitz Jewish Center Foundation, whose mission is to fight hatred through education. Austria-born Schwarzenegger, now 75, recently received the foundation’s inaugural “Fighting Hatred” award for his work in combating hate speech on social media. Speaking alongside Auschwitz Jewish Center Foundation Chairman Simon Bergson, the son of Auschwitz survivors, Schwarzenegger said: “He was born after the Second World War to this wonderful Jewish family, and I was the son of a man who fought in the Nazi war and was a soldier. One generation later, here we are. … We both fight prejudice and hatred and discrimination.”