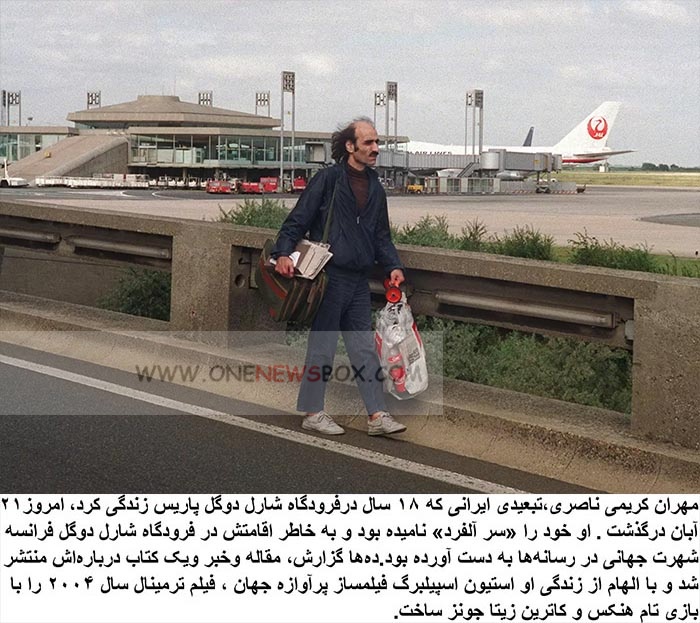 The persian refugee who inspired the Tom Hanks film The Terminal, by living in Paris’ Charles de Gaulle airport for 18 years after losing proof of his refugee status, is dead, according to an airport official.Mehran Karimi Nasseri died of natural causes in the airport’s 2F terminal, an airport spokesperson confirmed. Nasseri, who took at one point to calling himself Sir Alfred, had moved back into the airport in mid-September after years of living in first a care home and then a hotel.