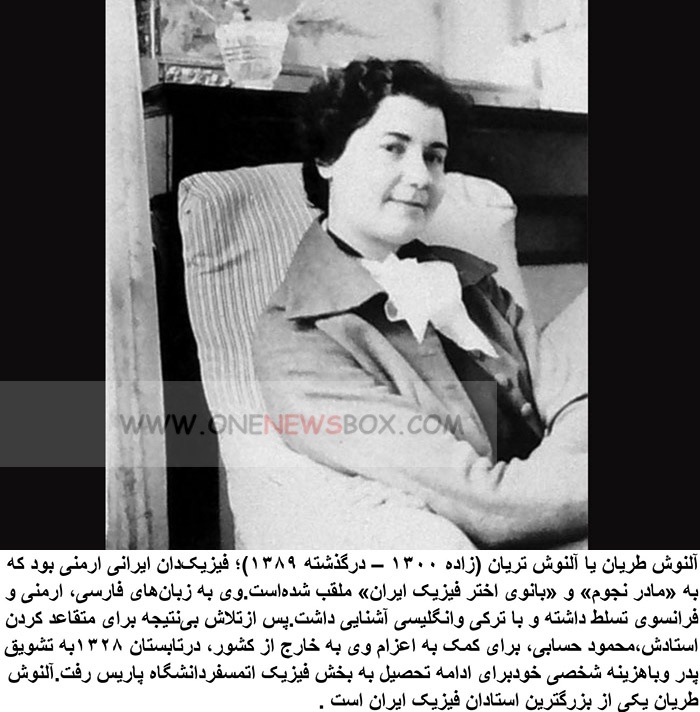 Ālenush Teriān (1921 – 2011), was an persian-Armenian astronomer and physicist and is called ‘Mother of Modern Iranian Astronomy’.
She was born on November 9, 1921 to an Armenian family in capital. Her father, Arto, was a stage director, poet and translator (with the pen name Arizad meaning Born to Aryan) who had translated Shahnameh, from Persian to Armenian. Her mother, Varto Terian, was a stage actress and director.