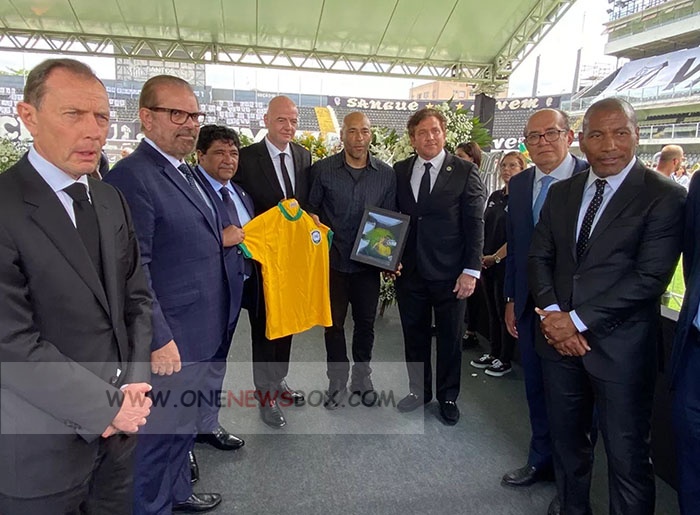 FIFA President Gianni Infantino paid his final respects to Pelé when he attended a memorial for the legendary Brazilian at the Vila Belmiro stadium, home of Santos FC. The FIFA President was accompanied by Ednaldo Rodrigues, President of the Brazilian Football Confederation (CBF), and Alejandro Domínguez, President of CONMEBOL and a FIFA Vice-President.