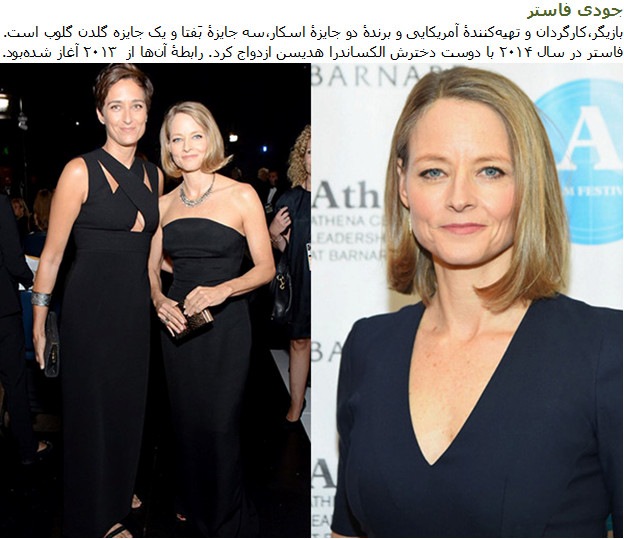 Alicia “Jodie” Christian Foster was born 1962 and is an American actress, director, and producer who has worked in films and on television. Foster’s sexual orientation became subject to public discussion in 1991, when activists protesting the alleged homophobia in The Silence of the Lambs (1991) claimed that she was a closeted lesbian in articles published for example in OutWeek and The Village Voice.While she had been in a relationship with Bernard for a long time, Foster first publicly acknowledged it in a speech at the Hollywood Reporter’s “Women in Entertainment” breakfast honoring her in 2007.In 2013, she addressed coming out in a speech after receiving the Cecil B. DeMille Award at the 70th Golden Globe Awards,which led many news outlets to afterwards describe her as lesbian or gay, although some sources noted that she did not use the words gay or lesbian in her speech.