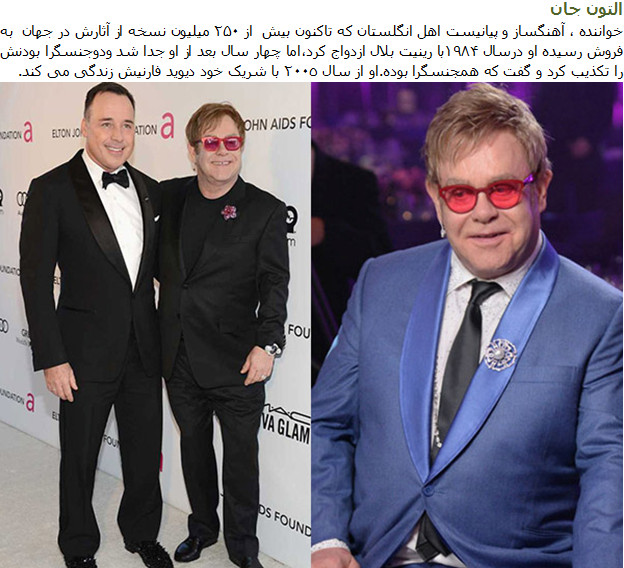 Sir Elton John was born 1947 and is an English composer and singer, who accompanies himself on the piano.John stated he preferred civil partnerships over marriage for gay people. But by 2012 John had changed his position and become a staunch supporter of same-sex marriage in the United Kingdom. He was quoted: “There is a world of difference between calling someone your ‘partner’ and calling them your ‘husband’. ‘Partner’ is a word that should be preserved for people you play tennis with, or work alongside in business. It doesn’t come close to describing the love that I have for David, and he for me. In contrast, ‘husband’ does.” In 2014, he claimed Jesus would have been in favour of same-sex marriage