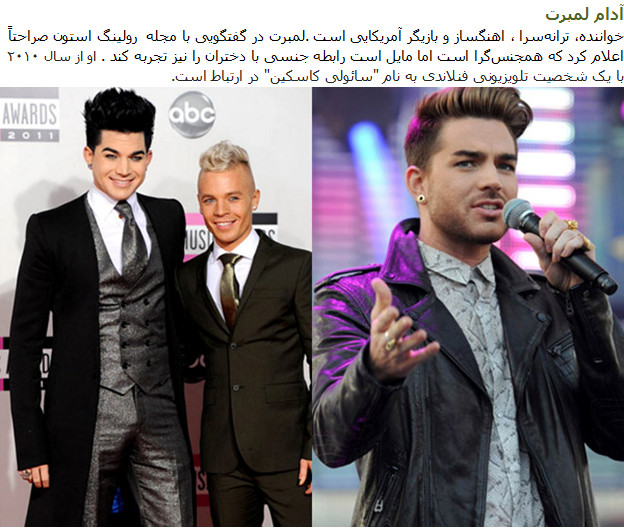 Adam Mitchel Lambert was born January 29, 1982 and is an American singer, songwriter and stage actor. Since 2009, he has sold over 2.5 million albums and 5 million singles worldwide.Lambert was in a relationship with Finnish entertainment reporter and reality TV personality Sauli Koskinen from November 2010 until April 2013, when Lambert announced that they had split up amicably and expected to remain friends.