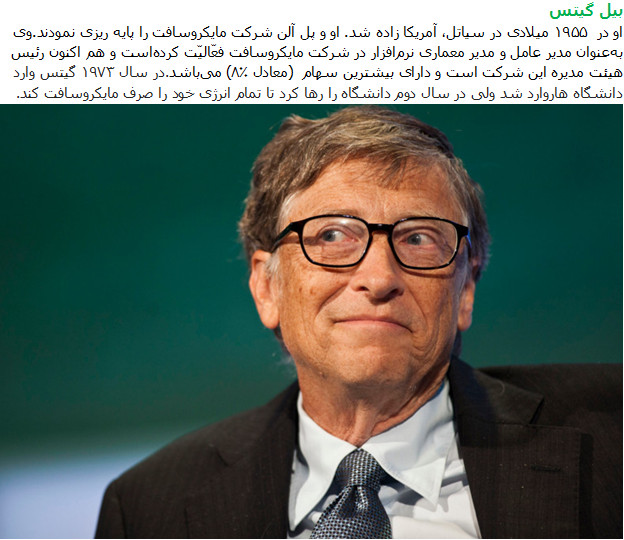 William Henry “Bill” Gates was born 1955 and is an American business magnate, philanthropist, investor, computer programmer, and inventor. In 1975, Gates co-founded Microsoft, that became the world’s largest PC software company, with Paul Allen. During his career at Microsoft, Gates held the positions of chairman, CEO and chief software architect, and was the largest individual shareholder until May 2014. Gates has authored and co-authored several books.Gates graduated from Lakeside School in , and was a National Merit Scholar. He scored 1590 out of 1600 on the SAT and enrolled at Harvard College in the autumn of 1973. While at Harvard, he met Steve Ballmer, who would later succeed Gates as CEO of Microsoft.