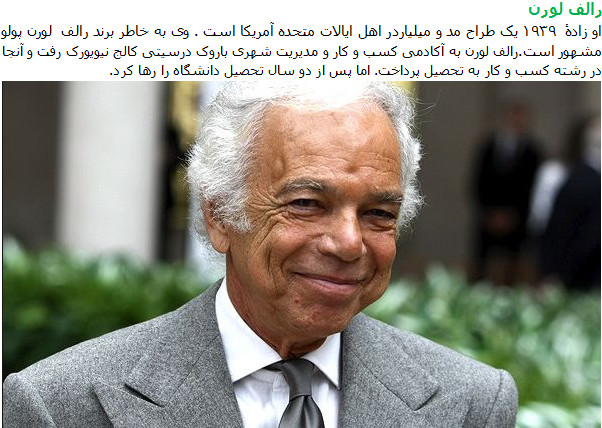 Ralph Lauren, CEO and Chairman of Ralph Lauren Corp, has a net worth of $7 billion. The fashion tycoon, 73, went to Baruch College for two years but dropped out to join the army. After his stint in the army, he began designing neckties for Beau Brummel in 1976,  and later that year, launched Polo with $50,000.