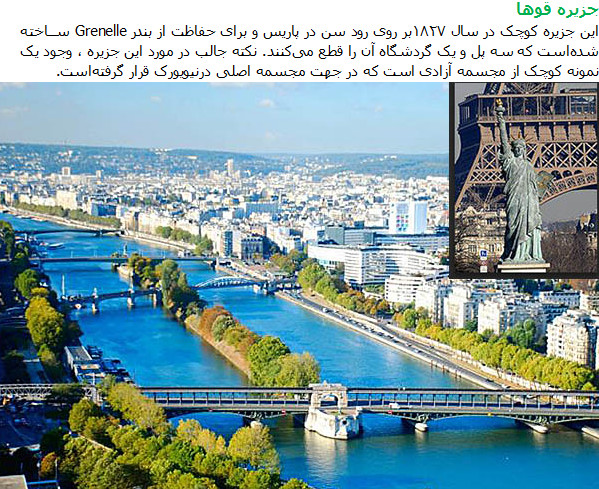 Isle of the Swans is a small artificial island in the Seine in Paris, France, located in the 15th and 16th arrondissement. It is an artificially created island, formed in 1827 to protect the port of Grenelle. It should not be confused with an earlier Île des Cygnes which was attached to the Champ de Mars in the late 18th century.The narrow island is 850 metres (2,789 ft) long and 11 metres (36 ft) at its widest point. A tree-lined walkway, named “l’Allée des Cygnes”, runs the length of the island. There is a public work-out space underneath the Pont de Grenelle, close to the Statue of Liberty Replica.The island is served by the Passy and Bir-Hakeim Métro stations. It is crossed by three bridges: the Pont de Grenelle, the Pont Rouelle and the Pont de Bir-Hakeim.