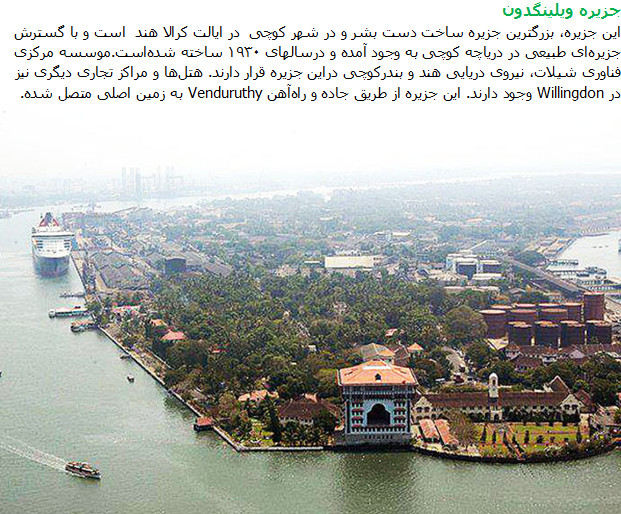 Willingdon Island is the largest artificial man-made island in India, which forms part of the city of Kochi, in the state of Kerala, India. Much of the present Willingdon Island was claimed from the Lake of Kochi, filling in dredged soil around a previously existing, but tiny, natural island. Willingdon Island is significant as the home for the Port of Kochi, as well as the Kochi Naval Base (the Southern Naval Command) of the Indian Navy and Central Institute of Fisheries Technology, a constituent unit of Indian Council of Agricultural Research.The island is also home for other establishments associated with the port, namely, the Office of the Cochin Port Trust (that controls the Port of Kochi), the Customs Office, and more than two dozen export-import offices, warehouses, a few hotels and business centers.