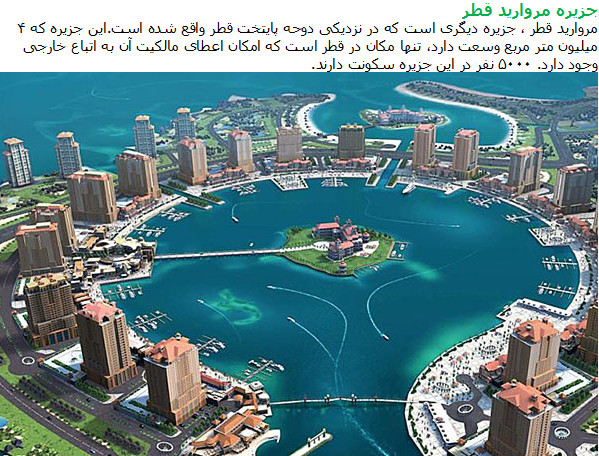 The Pearl-Qatar in Doha, Qatar, is an artificial island spanning nearly four million square metres. It is the first land in Qatar to be available for freehold ownership by foreign nationals. As of January 2015, there are 12,000 residents. In the spring of 2012, there were some 5,000 residents, and in the spring of 2011 there were some 3,000 residents.Once fully completed, The Pearl will create over 32 kilometers of new coastline, for use as a residential estate with an expected 18,831 dwellings and 45,000 residents by 2018. Developed by United Development Company and planned by architecture and design firm Callison, the island is located 350 metres offshore of Doha’s West Bay Lagoon area.In 2004, when the project was first revealed, the initial cost of constructing the island stood at $2.5 billion. It is now believed the project will cost $15 billion upon completion.