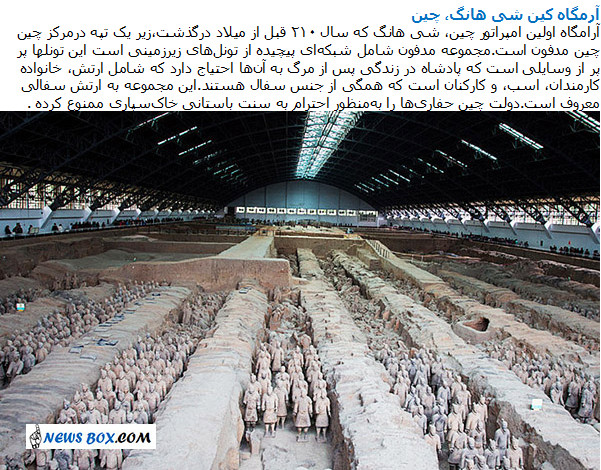 The tomb of China’s first Emperor, Qin Shi Huang, who died in 210 BC, is buried deep beneath a hill in Central China. The burial complex consists of a complicated network of underground caverns that were filled with all the things the emperor would need in the afterlife, including clay reproductions of his armies, family, servants, horses, and staff, widely known as the Terracotta Army. Since its initial discovery in 1974, over 2,000 statues have been excavated, each of them completely unique, and experts believe that there may be more that 8,000 in total surrounding the central tomb, still yet to be uncovered.