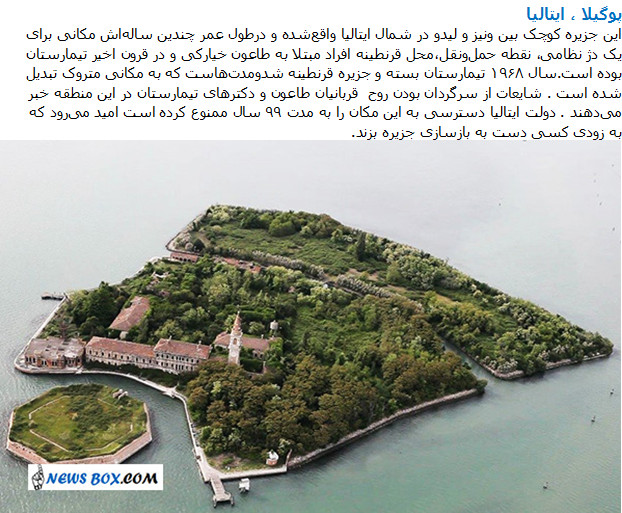 This small island is located between Venice and Lido within the Venetian Lagoon in northern Italy. Throughout its history, it has been home to a fort, used as a shipping check point, been a quarantine station for the Bubonic Plague, and since the turn of the last century, there has been as an asylum. In 1968, the psychiatric hospital was closed down and the island was abandoned. It’s no wonder — Poveglia has long been considered one of the most haunted places on earth. Rumor has it that the ghosts of plague victims, war victims, and the ghost of a murderous asylum doctor roam the decaying grounds. The Italian government offered the island up for long term lease (99 years) in 2014 in the hope that someone would redevelop the land.