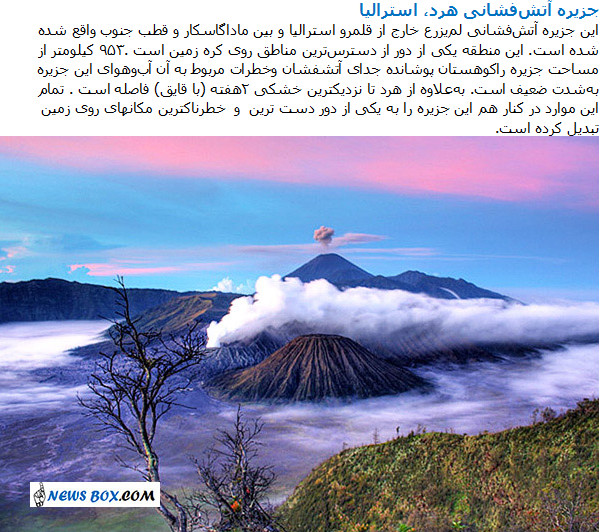 This barren volcanic Antarctic Island, an Australian external territory about two thirds of the way between Madagascar and Antarctica, is considered one of the most remote places on earth. The 368-square-mile landmass is mountainous, has 41 glaciers and is also home to an array of wildlife including penguins, seals, and marine birds. However in 2000, the University of Hawaii noticed a two-kilometer-long lava flow coming from the southwest side of Mawson’s Peak, a 2,745-foot-high complex volcano which has been active ever since. Aside from the volcano and its dangers, the weather on the island is notoriously poor. Plus, its a minimum two-week sail to any other major land mass — making it one of the most dangerous, and hardest places in the world to access.