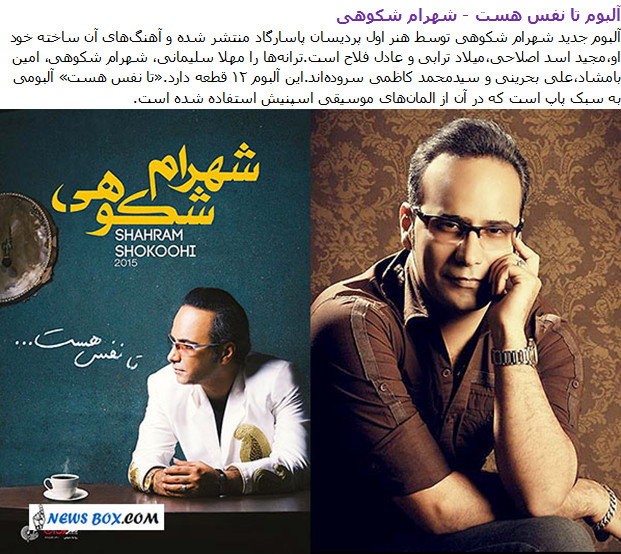 He is an classical crossover singer and composer. He is not only magnificent singer in homeland Traditional Music but also He has splendid singing voice of Iranian-Flamenco music. He believes that there are enough voices heard till now, so he tried to change the type of Singing, using Spanish guitar based on Iranian Traditional music.He had several successful live concerts outside of homeland such as UAE and Canada.He started his singing lessons in 1993 which last till 1996.