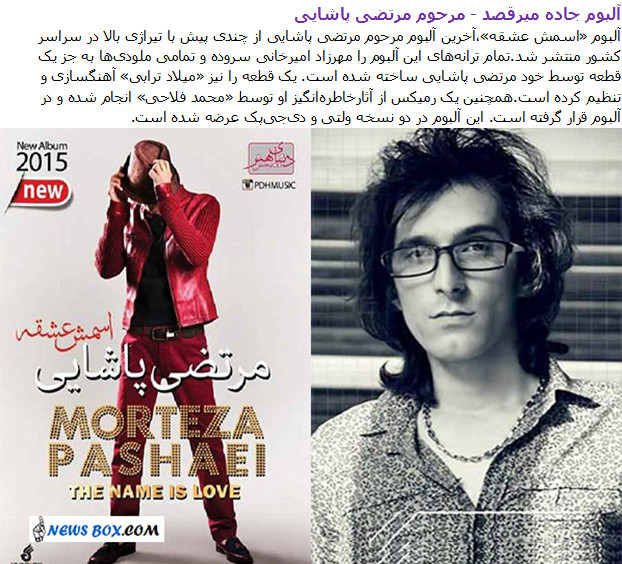 Morteza Pashaei (1984- 2014) was an musician, composer, and pop singer.He studied graphic design and was interested in music since his childhood, when he began playing guitar. Less than two decades later, he was diagnosed with cancer in 2013 and hospitalized at capital’s Bahman Hospital on November 3, 2014 as his health deteriorated. He died on November 14, 2014, aged 30.