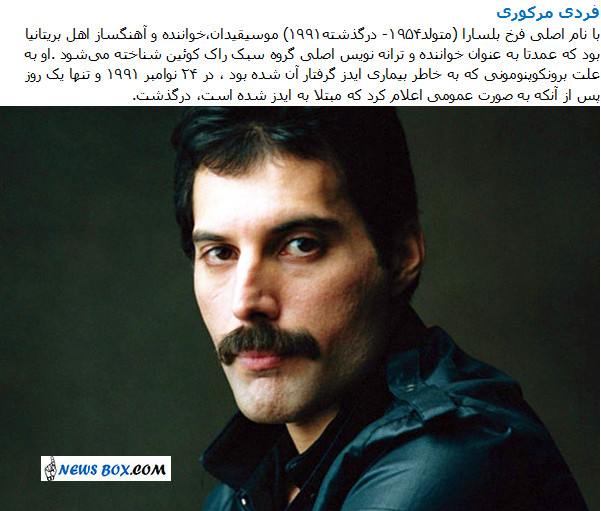 He (1946 – 1991) was a British singer, songwriter and producer, best known as the lead vocalist and songwriter of the rock band Queen. In October 1986 the British press reported that Mercury had his blood tested for HIV/AIDS at a Harley Street clinic. A reporter for The Sun, Hugh Whittow, questioned Mercury about the story at Heathrow Airport as he was returning from a trip to Japan. Mercury denied he had a sexually transmitted disease. According to his partner Jim Hutton, Mercury was diagnosed with AIDS shortly after Easter of 1987. Around that time, Mercury claimed in an interview to have tested negative for HIV.