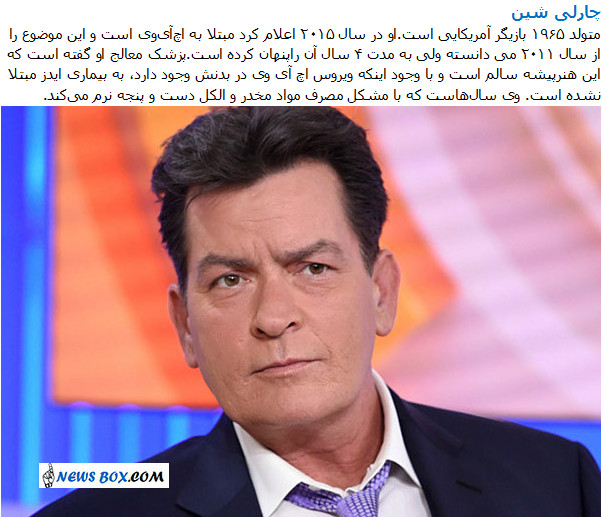 He was born 1965, best known by his stage name Charlie Sheen, is an American actor.On November 17, 2015, Sheen publicly revealed that he was HIV positive, having been diagnosed roughly four years earlier. In an interview, he referred to the phrase HIV as “three hard letters to absorb”.He manages his condition with a triple cocktail of antiretroviral drugs, and said that it was impossible that he could have infected any of his partners. Sheen noted, that since 2011, he has paid extortionists approximately $10 million to keep his HIV positive status secret.