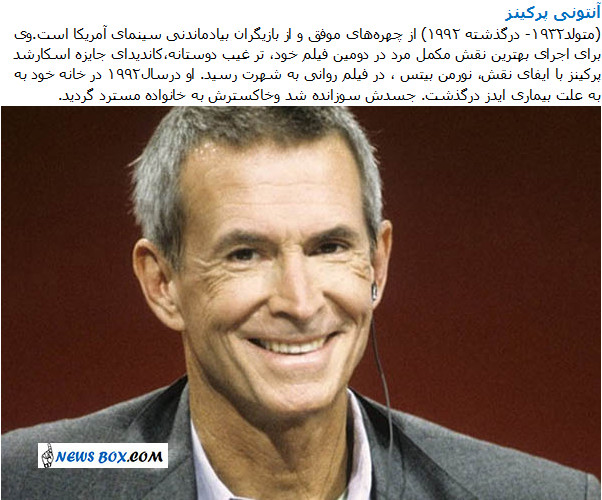 He (1932 – 1992) was an American actor and singer.He was nominated for the Academy Award for Best Supporting Actor for his second film, Friendly Persuasion, but is best known for playing Norman Bates in Alfred Hitchcock’s Psycho and its three sequels.Diagnosed with HIV during the filming of Psycho III, Anthony Perkins died at his Los Angeles home on September 12, 1992, from AIDS-related pneumonia at age 60.