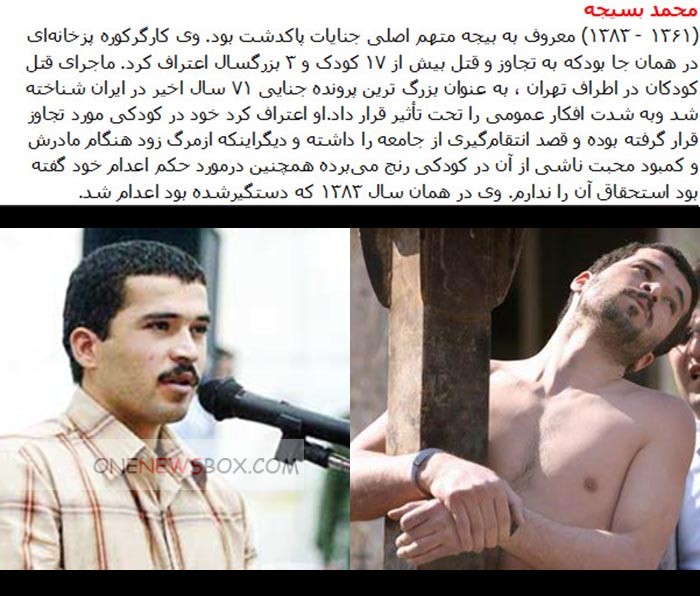 He (1975 – 2005) was an serial killer. He confessed in court to raping and killing 16 young boys between March and September 2004, and was sentenced to 100 lashes followed by execution. All the boys were between 8 and 15 years old. In addition, he killed two adults.On March 16, 2005, in front of a crowd of about 5,000, his shirt was removed and he was handcuffed to an iron post, where he received his lashings from different judicial officials. He fell to the ground more than once during the punishment, but did not cry out. A relative of one of the victims managed to get by security and stab Bijeh.