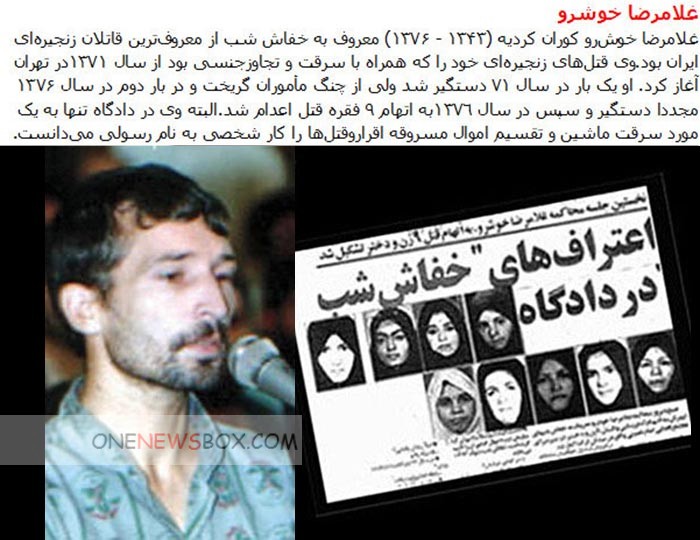 He (1964 – 1997)was a serial killer who became famous as “The Night Bat” was hanged in a depot at the Azadi stadium in capital. Five years before, he had been arrested under charges of multiple armed robberies and rape but he escaped from the police while he was being taken to the court for trial. After his escape, he continued his murder spree by acting as a private cab driver, and picking up female passengers. He then took his victims to a deserted area and dumped their bodies after rape and murder. For some time he created an atmosphere of fear and horror on the streets of capital. He was finally arrested on the night of June, 26 and after a brief trial was hanged at 7:45 am, Aug, 14, 1997.