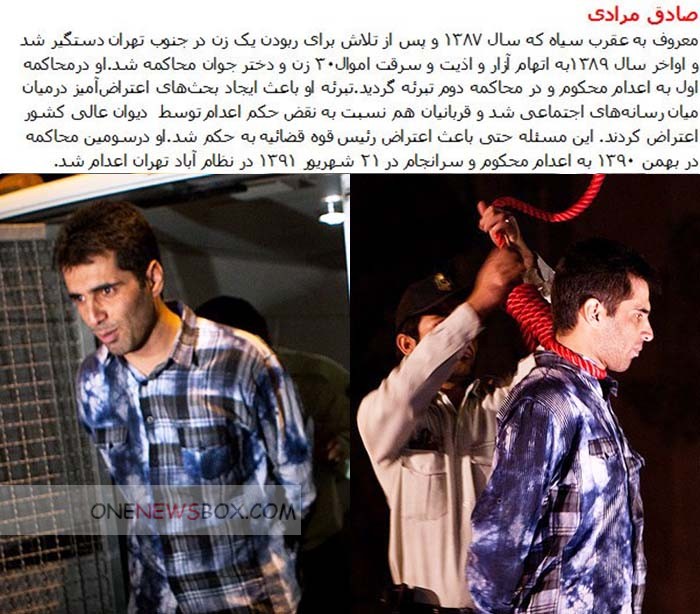 He was convicted of raping four women and kidnapping and stealing from 14 other women, said the report.Sadegh Moradi had previously been exonerated from the rape charges and sentenced to 10 years in prison. But, the decision was met with protests and the case was sent to the Supreme Court where the death sentence was reinstated.